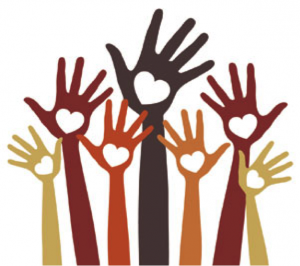 In simple terms, crowdsourcing outsources tasks traditionally performed by specific individuals to a group of people or community through an open call (Howe, 2006, 2008). Crowdsourced tasks commonly involve problem solving; creative production; or data creation, collection, organisation, enhancement, or analysis (Brabham, 2013). Large jobs are generally broken down into small units, or ‘microtasks’, which can be completed in a short space of time (Brabham, 2013; Howe, 2008, p. 49).

The ubiquitous, multi-dimensional, and dynamic nature of crowdsourcing is evidenced by the burgeoning body of research on the topic over the past decade. Studies have found that while the success of any crowdsourcing initiative relies on sufficient participation and quality contribution, meeting these goals requires an understanding of contextual factors, such as the crowdsourcing model adopted, motivations to crowdsource and contribute, and the type of tasks being performed.

For an increasing number of institutions, foundations and government bodies, non-profit crowdsourcing is a method of achieving goals that are otherwise too costly and labour-intensive, tapping into knowledge and expertise outside the institution, and engaging the public in new ways (Holley, 2009b; Newman, 2012; Oomen & Aroyo, 2011; Smith-Yoshimura, 2012). Crowdsourcing can also signal an institution’s openness and approachability (Thogersen, 2012), and enable new research questions to be explored (Dunn & Hedges, 2012).

Common motivations for volunteers to participate in non-profit crowdsourcing initiatives include supporting a worthy cause, an interest in the subject, collaborating with prestigious institutions, and the opportunity to interact with an online community working towards a common goal. Volunteers are also motivated by the inherent enjoyment of the task, the desire to learn and develop skills, and creating or enhancing a resource from which they will benefit (Holley, 2010; Howe, 2008; Michelucci, 2013; Noordegraaf et al., 2014). In rare cases volunteers might be rewarded with the equivalent of financial remuneration, such as points for task completion that can exchanged for tickets to a museum, but this is atypical (‘MindMixer — Tour’, n.d.).

Non-profit crowdsourcing is being used for a diverse range of humanitarian, government, education, research and cultural heritage initiatives. For example, “crisis informatics” involves crowdsourcing the collection of information to “inform and direct humanitarian responders on location as they attempt to coordinate efforts quickly and efficiently” (Michelucci, 2013, p. 1003).

In the civic sphere, citizen engagement and participation has been identified as an important component for successful governance (Kogan, 2014; Michelucci, 2013, p. 996). Sometimes referred to as “collective action” (Matias & Geiger, 2014), crowdsourcing in the civic sphere typically takes the form of collective intelligence or crowd voting.

One of the most commonly cited examples of non-profit crowdsourcing in the research sector is virtual citizen science (hereafter referred to as citizen science), which involves the public collaborating with professional scientists to conduct research (Dobreva, 2016, p. 565; Reed, Rodriguez, & Rickhoff, 2012). Citizen science typically involves some form of crowd creation, such as collecting or categorising data for research.; this “takes care of the rote, labor-intensive work and frees scientists up for the intellectual heavy lifting” (Howe, 2008, p. 63).

Crowdsourcing initiatives that contribute to cultural heritage collections, or science/humanities research share two common project goals: to create or enhance digitised data, and engage the wider community (Carletti et al., 2013; Owens, 2013; Wald et al., 2015; Wiggins & Crowston, 2010). The increasing use of terms such as citizen historians, citizen archivists and citizen cartographers on these websites is an indication of the overlap between these types of non-profit crowdsourcing (Ridge, 2013, p. 437).