Motivations to crowdsource and contribute 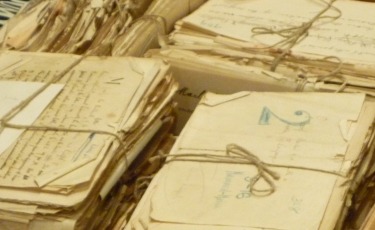 “If it’s not online it’s invisible” is a common catchphrase used in cultural heritage and academic institutions, to capture the expectations of an increasing proportion of patrons, students, researchers and the general public. Consequently, collecting institutions such as galleries, libraries, archives and museums (GLAMs), have been digitising collections and making them available online for public use (Estermann, 2014, p. 16; Ridge, 2014, p. 114). While this has enhanced basic access to cultural heritage, the usefulness of these online collections is often limited. Digitised collection items need to be described with rich, accurate, machine-readable and user-friendly metadata in order to be effectively organised, searched and discovered (Ridge, 2014, p. 161). Historical texts that are hand-written, or digitised using Optical Character Recognition technology, need to be transcribed and proofread before they are fully machine-readable.

Creating machine-readable data on a large scale can be prohibitively labour-intensive for institutions with limited resources, or rely on knowledge not found within the institution (Earle, 2014; Ridge, 2014). Ridge’s (2014) seminal book Crowdsourcing our Cultural Heritage examines and provides case studies of how online volunteers are helping CHIs to fulfil their public mission. This mission, as digital cultural heritage researcher Trevor Owens explains, is providing access to public memory; “the collections are the people’s collections, and the collections themselves have been built often through contributions, and that is part of the volunteerism story” (Crowd Consortium, 2015, p. 53).

The potential benefits of using crowdsourcing to process digitised cultural heritage assets and produce derivative resources for research are wide ranging. Crowdsourcing can relieve demand on resources for data and collection management, promote and stimulate interest in collections, better reflect visitor diversity, engage visitors in new ways, and deepen relationships with new and established communities (Dobreva, 2016; S. Dunn & Hedges, 2012; Newman, 2012; Ridge, 2014; Smith-Yoshimura, 2012; Tammaro, 2016). In an early and widely cited article on the subject, Oomen and Aroyo (2011, p. 139) predicted that CCH will be of growing importance from a managerial and public relations perspective, as these kind of initiatives impact on the visibility and relevance of CHIs.

From an academic perspective, crowdsourcing has been described as a social research model for the humanities, with the potential to transform and raise the profile of academic research, and demonstrate its relevance to society (Causer & Wallace, 2012; Duxfield, 2015; Ridge, 2014; Rockwell, 2012; Schreibman et al., 2016).

Numerous CHIs and researchers have experimented with crowdsourcing in recent years (Crowd Consortium, 2015, p. 76; Noordegraaf et al., 2014) inspired by early examples such as the Trove historical newspaper project at National Library of Australia. The Trove project, which resulted in “higher levels of social engagement, active collaborations with and between stakeholders, and the building of social capital”, has evolved into a platform that enables ongoing volunteer participation (Alam & Campbell, 2013). The achievements of successive projects like the Smithsonion Transcription Center (Ferriter, 2015), What’s on the Menu? at New York Public Library, and Georeferencer at the British Library continue to build momentum (Ridge, 2014, p. 1).

The growing interest of GLAMs and humanities researchers in collaborating with online volunteers is evidenced by the establishment of two major international initiatives. In 2014 Crowdconsortium was established to explore the potential of CCH, and 400 institutions participated in or followed its activities in its first year (Crowd Consortium, 2015). The same year saw the establishment of the EU-funded Civic Epistemologies research project, which aims to develop a “roadmap for citizen science use in the cultural heritage domain” (Dobreva, 2016, p. 569).

Research on the demographics of contributors to CCH projects is limited and fragmented, despite its value for aiding recruitment, retention, and productivity (Ridge, 2014, p. 194). As part of the effort to minimize barriers to participation, volunteer registration is generally optional or not required, and provision of personal information is usually limited to username and email address (McKinley, 2013, p. 10). Surveys are a more common method of collecting information about volunteer contributors, and some case studies have reported on targeted collaborations with specific user groups (Causer & Wallace, 2011; S. Dunn & Hedges, 2012; Durbin, 2011; Holley, 2009b; Ridge, 2014).

With the only requirement being access to the Internet, contributors to CCH websites can range from school children to retirees (McKinley, 2013; Ridge, 2014). For example, the YPT project is promoted to “school children and scholars” (‘Your Paintings Tagger’, n.d.), and contributors to WotM include a class of fourth graders, who used the site to practise their typing skills and learn about historical cuisine (Ridge, 2014, p. 123). Case studies on YPT, Transcribe Bentham (Ridge, 2014, p. 195) and the Reading Experience Database (McKinley, 2013, p.18) suggest that the majority of CCH volunteers may be female, but more evidence is required to support this. Depending on the focus of the project, the most invested participants may be patrons of the institution and members of the local community, or people from around the world with special interests and knowledge (McKinley, 2013; Ridge, 2014).

Understanding the crowd’s motivations to participate informs the incentives incorporated into marketing communications and project websites (Alam & Campbell, 2013; McKinley, 2012; Ridge, 2014). Unlike most commercial crowdsourcing initiatives, “participation in cultural heritage crowdsourcing is driven by pleasure, not profit” (Ridge, 2013, p. 438). For CCH volunteers there are usually multiple motivations at play, which can change over the course of their involvement with a project, but an interest in the subject of the activity is generally the primary motivating factor.

Other common motivations to participate are a desire to help and contribute to research, building a resource from which they will benefit, fun, collection engagement, learning, collaborating with prestigious institutions and being part of a community (Crowd Consortium, 2015; S. Dunn & Hedges, 2012; Liew, 2015; Michelucci, 2013; Mia Ridge, 2014).

CCH volunteers can be both intrinsically and extrinsically motivated to participate (Dunn & Hedges, 2012, p. 9). For example, a contributor to a CCH project that involves proofreading and correcting digitised text might be motivated by the idea of helping to provide an accurate record of local history (altruism), the inherent enjoyment of reading eighteenth century handwriting (intrinsic), or the ability to use primary material for academic research (extrinsic) (Ridge & Vershbow, 2014).